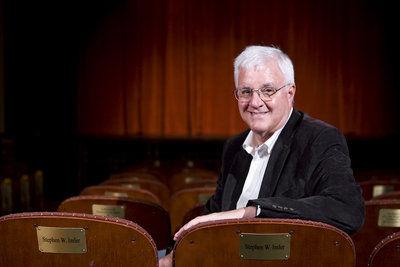 Cobb Community Foundation board member and fundholder, Steve Imler, will tell anyone who asks that he has three passions:  the Earl and Rachel Smith Strand Theatre, the Humane Society of Cobb County, and Cobb Community Foundation.  Just last week, he made an announcement that inspires all of us.  Below is the article written by the Marietta Daily Journal’s Shannon Ballew that appeared in the October 29, 2020 edition of the MDJ.

Marietta philanthropist Stephen Imler, who serves on the Earl and Rachel Smith Strand Theatre’s board, has pledged to match up to $50,000 in donations made to the theater through the end of the year.

Imler’s match, the largest so far announced in the Strand’s “Double Your Donation” campaign, will help support Cobb’s only historic theater, which has taken a large financial hit from the coronavirus pandemic.

“I have been giving to The Strand in various ways for many years, an indication of my commitment to and belief in the value of The Strand to the entire community,” Imler said in a statement. “But it has given back to me with the wonderful people I have met, the great times I have had at the theatre at functions of all kinds, and the joy to see the impact it has made on other people’s lives. I ask the people and businesses of Marietta and Cobb County to support The Strand so it can continue to give back to the community for generations to come.” 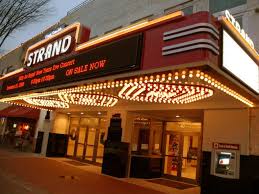 Typically, The Strand receives over 70% of its annual revenue from events and ticket sales, and the remainder is from private donations and grants. With in-person events largely canceled, the theater is now relying on direct contributions from the community.

The matching donation campaign launched in June with Superior Plumbing’s commitment to match $8,500. Since then, former Cobb Chairman Earl Smith pledged a $10,000 match in August and Strand board members pledged $12,000 in the last month.

Andy Gaines, general manager of the Strand, said the theater is a “monument” in Marietta, noting it celebrated its 85th birthday in September. He said donations are needed to ensure the theater can sustain its programming and community involvement.

“The Strand is a place, normally, where you could come and you could be inspired by a show, you could see something and aspire to be better than you were, or it could be a functional place where people could gather and have a shared experience,” he said, adding that the theater’s economic impact includes an estimated $4 million in revenue for local businesses last year. “The Strand is like a spoke on a wheel. We’re a cornerstone and from us, there are so many businesses and other pieces that are able to grow because we’re here as a destination, a destination for the arts, a place to gather, and we’re part of a larger community…We’re proud of what we’ve been able to contribute to make the entire Square a better place.”

Gaines said since the pandemic, the Strand has raised just over $100,000 in donations.

Individuals’ donations will be matched by Imler’s pledge through Dec. 31. Tax-deductible donations can be made at www.strandmarietta.org.