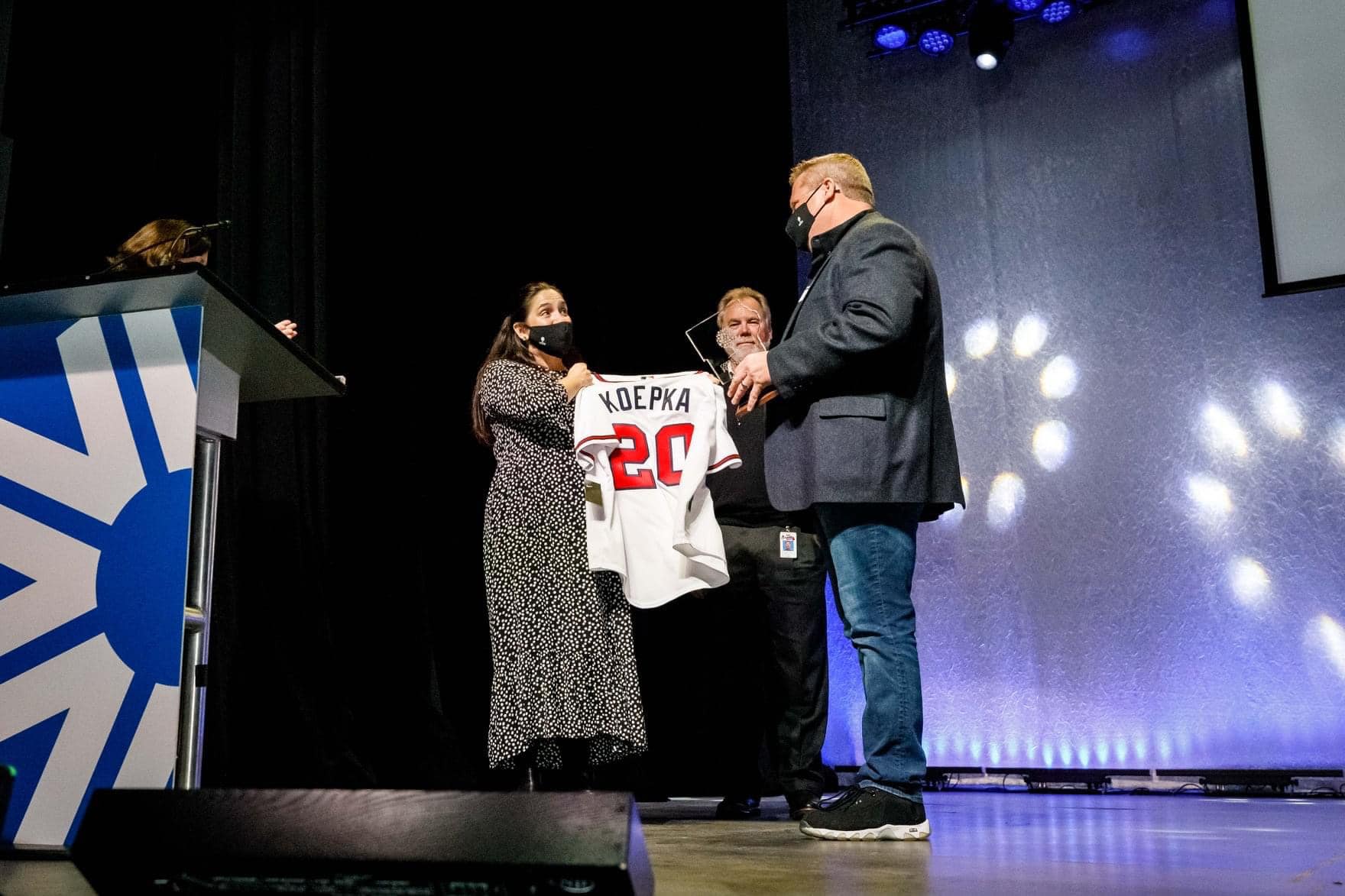 We are pleased to announce that Howard Koepka is the 2020 recipient of the James L. Rhoden, Jr. Visionary Philanthropist Award. This award was created by the Board of Cobb Community Foundation in conjunction with its 10thanniversary in December 2003, to honor founder, Jim Rhoden.  The award is voted on annually by the Board to recognize and honor a Cobb business and community leader who makes significant contributions to our community through their gifts of time, talent and treasure.

About this year’s recipient:

When he was running security for bands like Guns ‘n’ Roses, Van Halen, Metallica and Bon Jovi, Howard Koepka probably never imagined himself loading food boxes or directing hundreds of cars through a food distribution site.  Like many, he received a calling.  The calling wasn’t just to join the ministry, however, it was to help connect and mobilize people, businesses and churches to serve.  He has done everything from organizing community service days to serve the homeless, single moms, and foster children in greater Atlanta to building a school, church and orphanage in Haiti to leading disaster relief efforts in Puerto Rico.

Fortunately for Cobb, Howard joined Noonday Association of Churches in late 2017 and since then has been focused on implementing the organization’s C4 Strategy not just with churches, but with communities.  For Howard, this strategy – Care, Connect, Coach and Collaborate – is much more. It is who he is.

In late March, Cobb Community Foundation reached out to key individuals in Cobb’s non-profit community to open up the channels of communication between the various non-profit service areas.  Those individuals were asked to organize and formalize communications within their own service area so they could share concerns, observations and needs not only among themselves, but also with the ‘representatives’ from other service areas. Howard Koepka was asked to be on point for the non-profits in the community providing food. 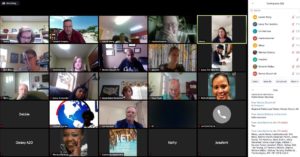 Howard hosts weekly calls sometimes with as many as 30 participants, all providing food somewhere in Cobb County.  He asks each one how “we” can help, making it clear that the organizations participating are a collective “we.” The result has been the identification of additional locations where food is needed and the implementation of mobile food distributions.  Food, trucks, refrigerated trailers, forklifts, and even volunteers have all been shared among these organizations to maximize the number of people being served.

Howard has also been the onsite coordinator for the Cobb Community Food Fleet, an initiative of Cobb Community Foundation in partnership with Noonday Association, the Atlanta Braves, and numerous other organizations that receive 3,500 to 4,500 boxes of food each week through the USDA’s Farmers to Families program.  Four days a week, Howard is onsite wherever “The Fleet” is housed.  That has included Truist Park, the backyard of Sweetwater Mission, Cobb Galleria 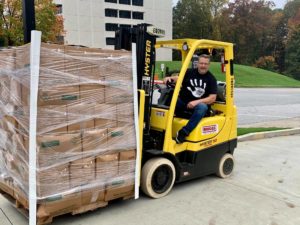 Centre and Cobb Energy Centre.  He does whatever is necessary to ensure that food can be received, safely stored and efficiently distributed throughout the county.  He manages the logistics of how many pallets are available and where the food is most needed then arranges pick-ups and deliveries with local non-profits who are not only handling food for their own organizations but for others, as well.  His work with the Cobb  Community Food Fleet will have resulted in close to 100,000 boxes of food, the equivalent of about 1.4 million meals, being distributed.

His work doesn’t end there. Howard is physically on-site each week, including Saturdays, with various non-profits during their weekly food distribution, bringing volunteers and helping in whatever way is needed.  He encourages them, cheers them on and shares not what he is doing, but what the collective “we” are doing throughout social media, making the general community more aware of not only the needs, but also bringing attention to the organizations who are serving those needs.  See his work first hand on Facebook by searching for #cobbcommunityfoodfleet.

Characteristically, when Howard was presented with the 2020 James L. Rhoden, Jr. Award for Visionary Philanthropy, he said “I will accept this, but I’m going to accept it on behalf of hundreds of people who have worked tirelessly this entire year to make it happen.”

Howard’s words, “At the end of your life, it won’t be about the likes you got, but the love you showed”, are ever present in our minds. Howard passed away on October 11, 2021 due to COVID. The Howard Koepka Love Thy Neighbor Fund has been created at Cobb Community Foundation and all contributions to the fund will be distributed to charitable organizations selected by Howard’s family that honor his legacy through service to others.