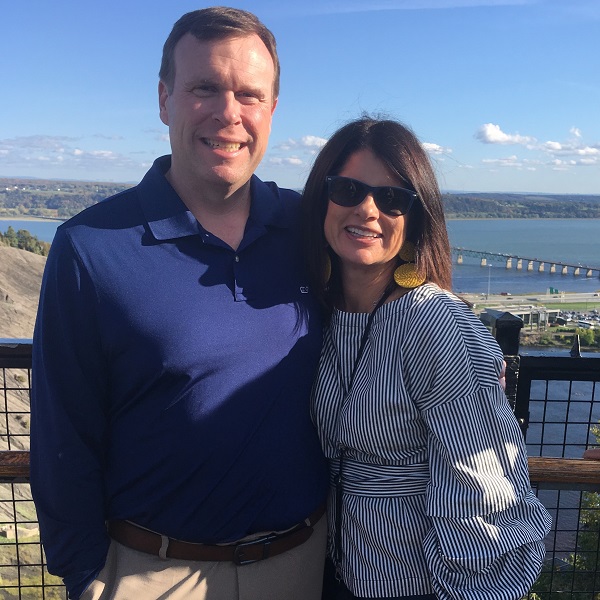 Walt and Christy Helms and their two teenage sons live and thrive in East Cobb. Walt has a successful career in the wealth management industry while Christy manages the busy household. Their high school senior is headed off to college this fall, and their freshman is, likewise, making Mom and Dad proud. Walt and Christy have worked very hard to build the life they live, and their boys have every opportunity available to them.

Walt and Christy both grew up in small towns in rural Georgia. The most recently reported median household income in Walt’s home county is under $38,000. The poverty rate is 22.7%, and includes one-third of the county’s children under 18. Only 38% of the county’s third graders are reading at or above grade level, and nearly 15% of the county’s population is uninsured. Like many parents in Cobb County, Walt and Christy want their children to know that the opportunities that have been made available to them aren’t as easily accessible to everyone.

Helping others is part of this couple’s DNA, and they are intent on it being a part of their children’s DNA, as well.   Several years ago, the Helms’ created a donor-advised fund and had a goal of contributing 10% of their income each year to that fund. While they have met that goal and have been happy with the fund’s growth, they wanted their giving to be more personal and impactful. “We wanted to do something meaningful, not just a few hundred dollars here and there. But we needed some help figuring out exactly what that is,” Walt explained.

Walt reached out to Cobb Community Foundation (CCF) and soon after granted their entire donor-advised fund to CCF, creating a new and improved Helms Family Fund. It is still their goal to contribute 10% of their income each year, but they have another goal: to make regular distributions every year to non-profit organizations that work in the fields in which they are passionate. With guidance from CCF, they are learning about local organizations that are making an impact right here in Cobb County, organizations with whom they and their sons can volunteer before deciding whether or not they want to support financially. CCF is also helping the Helms’ with one more goal: positively impacting the children in their hometowns and making opportunities available that they otherwise would not have.