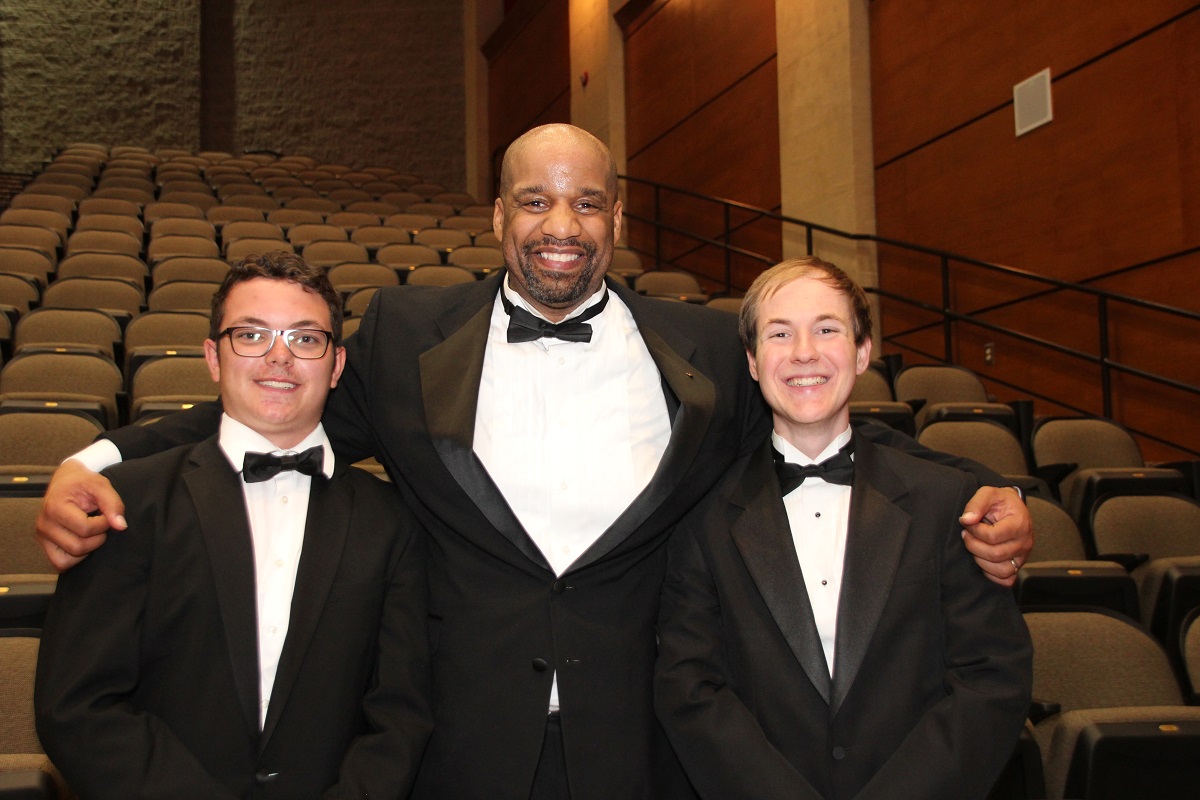 Chris King was a percussionist in the Lassiter High School Band from 2011-2015.  He died in April, 2016.  Chris thoroughly enjoyed his years in the LHS Band and the friendships he made with other band members.  In a journal prepared in his memory, Chris’ closet friends described him as funny, goofy, entertaining, cool, even eccentric.  More importantly, they described him as kind, helpful, accepting of others, never willing to put others down, one to befriend underclassmen, and one to divert attention from those feeling embarrassed.

Congratulations to Marshall Parks and Carter Kubes (pictured to the left and right of Mr. James Thompson, Lassiter High School Director of Bands) who both were awarded scholarships on April 26, 2019 at the Lassiter Band Senior Breakfast.