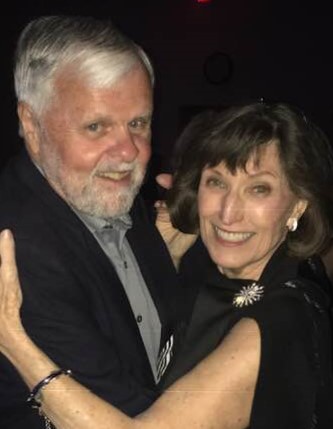 Several decades ago, Fred and Fran Bailey purchased acreage in what, at the time, was considered a very rural area.  Fred was a residential home builder, and he saw potential.  It would be some time before they saw any return on their investment, but this was for their retirement, so that was just fine.  Fast forward to 2017.  The property sold.  With the help of their financial advisor and their CPA, the Bailey’s did some number crunching.  They had three key calculations. 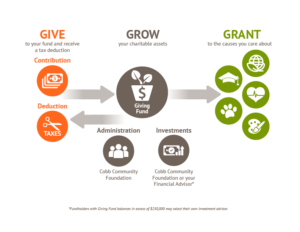 Fred and Fran were happy to learn that sometimes you really can have your cake and eat it too.  They created a Giving Fund (also called a Donor-Advised Fund) with Cobb Community Foundation.  While their contribution can sit invested in their fund as long as they want, they could take their charitable deduction immediately.

Fortunately for the Bailey’s, this real estate wasn’t the only great investment they had made.  They had also invested in a small, Atlanta-based bank back in the 70’s.  “We reinvested the dividends and basically just let it ride,” Fred says.  The small bank was purchased by a medium-sized bank that was merged to become a large bank, and like the real estate investment, it also grew.  But to Fred and Fran, that stock was only worth about 70 – 80% of its fair market value, because if they sold it, roughly 20 – 30% of the proceeds would disappear in taxes.

Fred and Fran now have a fully diversified investment portfolio.  They also are helping organizations that are important to them and their family while enjoying their retirement.  “They made it so easy,” Fran says.  “It is such a joy to know that we are making a difference… and that we can keep on making a difference over and over and over.”

By the way, you won’t see Fred and Fran Bailey listed among our fund names.  They came up with their own name to remain as anonymous as they want.