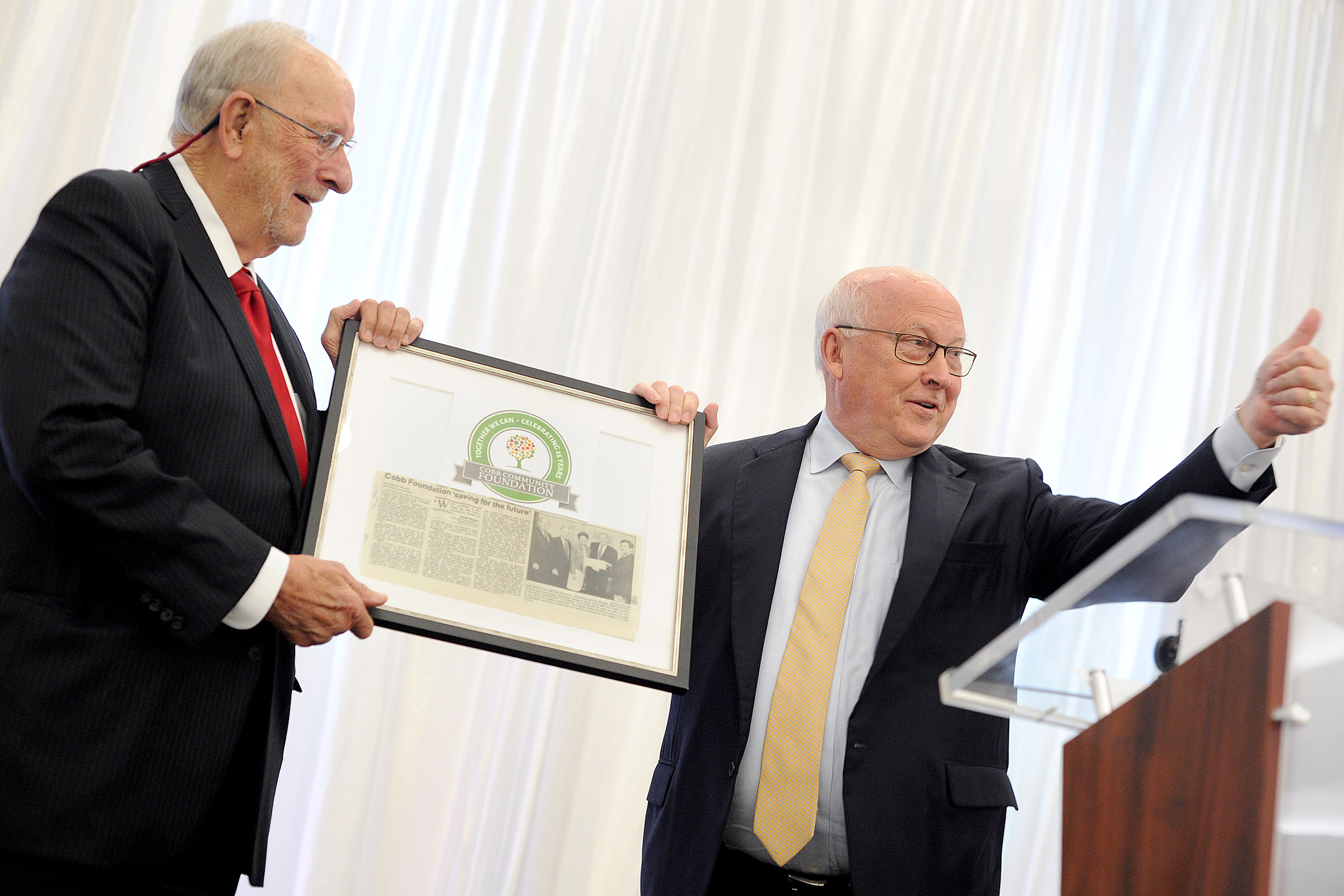 “‘Pay your civic rent’ was the phrase my daddy used to use.  That means you do whatever you can to give more than you get.”  This was the lesson taught to Jim Rhoden, and he was not only going to pay his own civic rent, he was going to make it easy for the entire community to do the same.

The year was 1993, and Rhoden and other Cobb business leaders wanted to create a way for the Cobb community to invest in its future.   Jim pulled together an enviable board of advisors:  Otis Brumby, Jr., the publisher of the Marietta Daily Journal; Bobbie Burrus, widow of longtime state lawmaker A.L. Burruss; Murray Homan, owner of Sun Valley Beach; G. Conley Ingram, former state Supreme Court justice; state Senator Johnny Isakson, president of Northside Realty Association; Bob Prillaman, executive with Caraustar Industries; Robert W. Russell II, partner in Ernie’s restaurant Group; Lanie Shipp, partner in Lanie Shipp & Associates Inc.; Roy Simmons, executive with Charter Bank & Trust Company; Deborah Wallace, dean of the school of education at Kennesaw State University; John A. Williams, chairman of the board of Post Properties Inc.;  Jack Wilson, executive with The Insurance Store Inc.; and Diane Woods, partner at Huff & Woods Attorneys.  They created the Cobb Community Foundation as a fund of the Community Foundation for Greater Atlanta.  Twenty-five years later, Cobb Community Foundation is a stand-alone 501(c)(3) organization that made $1.4 million in grants to non-profits in 2017 alone, $900,000 of which was to organizations in Cobb County.

What many do not know is that not only did Jim Rhoden create the organization, he was its primary funder for many years.  He housed the community foundation in his company’s office, provided benefits and the funds to pay the executive director for an extended period.  Jim even funded many of the community grants that were awarded in the early days; however, few knew that.  For Rhoden, he was paying his civic rent to a community that had contributed mightily to his success; and he was going to give more than he got. 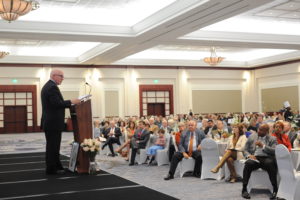 Over time, Cobb Community Foundation has grown significantly, and the fees that it receives for the management of ninety plus charitable funds (1.5% annually or less of each fund’s value) take care of a large portion of the foundation’s annual operating expenses.  Every once in a while, however, a need arises that is outside the regular budget, and Jim always steps up.

Randy Thompson, a close friend of Rhoden’s and Board Chair for the Community Foundation of Northwest Georgia, tells a story about a 1934 tractor that originally belonged to Jim.  Jim wouldn’t sell it to Randy; he would only give it to him in exchange for a contribution to Cobb Community Foundation.  “That tractor is a euphemism for Jim,” Randy says, “It’s old and crotchety just like he is, but it’s got class and style.”