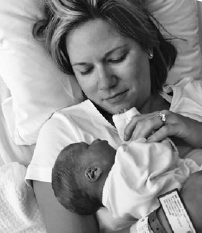 On December 31, 2015, David Bottoms and his wife, Brittney, received the devastating news that their unborn son, John Tate, had Trisomy 13. This incredibly rare condition meant that if John made it to delivery, he would likely only live for a few hours or days.

John Tate Bottoms passed away shortly after his birth on May 31, 2015. David and Brittney knew they would want to honor him in some way, so they asked that in lieu of flowers, donations be made to the John Tate Bottoms Memorial Fund they had established at the Cobb Community Foundation.

What began as a fund at CCF is now a pilot program at WellStar Kennestone Hospital. Journey Through Bereavement, a name that shares John’s initials, will provide resources and support to families walking paths similar to David and Brittney’s. Although his life on earth was short, Baby John was an incredible blessing not only to his family, but now also to so many others.